Love and concern spread all over our college! On December 21, campus activity - “Sending More Warm in Winter Solstice” was held in Guangzhou City University of Technology. Tangyuan was delivered at library square and the entrance of administrative building for free to celebrate the traditional festival.

“Happy Winter Solstice! Have a bowl of Tangyuan” 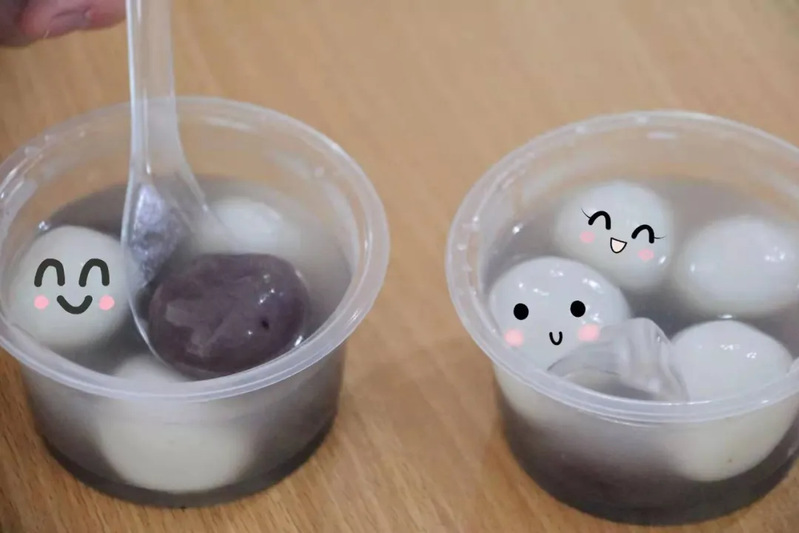 your stomach warm and your heart sweet! 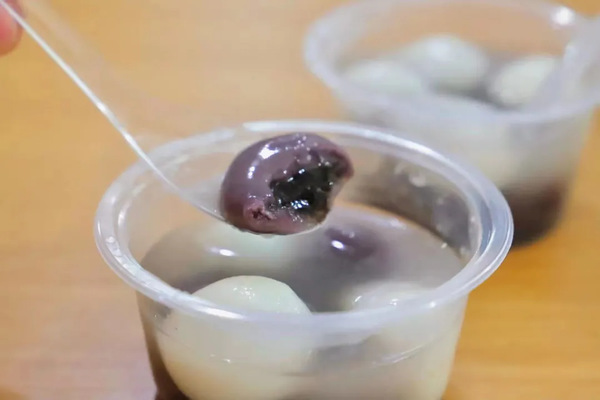 Take a bite, sweet and soft will full of your mouth!

A bowl of hot Tangyuan contains school’s love and blessing for our teachers and students, blowing a warm wind in our campus.

Winter Solstice is also called “Winter Festival”, which is the last one of the 24 Solar Terms. Since ancient times, Winter Solstice’s position in China is no less than that of Spring Festival. Different areas have different delicacies.

China has developed an unique festive food culture throughout the years. Eating dumplings is a common folk custom for many Chinese on the day of winter solstice, especially those living in the north.

When midwinter comes, vital movement begins to decline and calm down. In this period, eating an appropriate amount of nuts, such as peanuts, walnuts, chestnuts, hazelnuts and almonds, is good for one's body.

People in Suzhou, Jiangsu province, are accustomed to eating wontons in midwinter. According to legend, during the midwinter feast 2,500 years ago, the King of Wu was disgusted with all kinds of costly foods and wanted to eat something different. Then, the beauty Xishi came into the kitchen to make wontons to honor the king's wish. He ate a lot and liked the food very much. To commemorate Xishi, the people of Suzhou made wontons the official food to celebrate the festival.

In places such as Shanghai and Guangzhou, people eat tangyuan, a kind of stuffed small dumpling ball made of glutinous rice flour to celebrate Winter Solstice.

In Yinchuan, Ningxia Hui autonomous region, people call midwinter the Ghost Festival. On that day, it is customary for people there to drink mutton and vermicelli soup and eat the dumplings in the soup. They give the midwinter soup a strange name: brain and share it with their neighbors.

During the Winter Solstice, Hangzhou residents traditionally eat rice cakes. In the past, before the approach of the winter solstice, every household would make the cakes to worship their ancestors or use as gifts for relatives and friends.

In some regions south of the Yangtze River, the whole family gets together to have a meal made of red-bean and glutinous rice to drive away ghosts and other evil things.

Taiwan residents keep the custom of offering nine-layer cakes to their ancestors. People with the same surname or family clan gather at their ancestral temples to worship their ancestors in order of their ages. After the sacrificial ceremony, there is always a grand banquet.